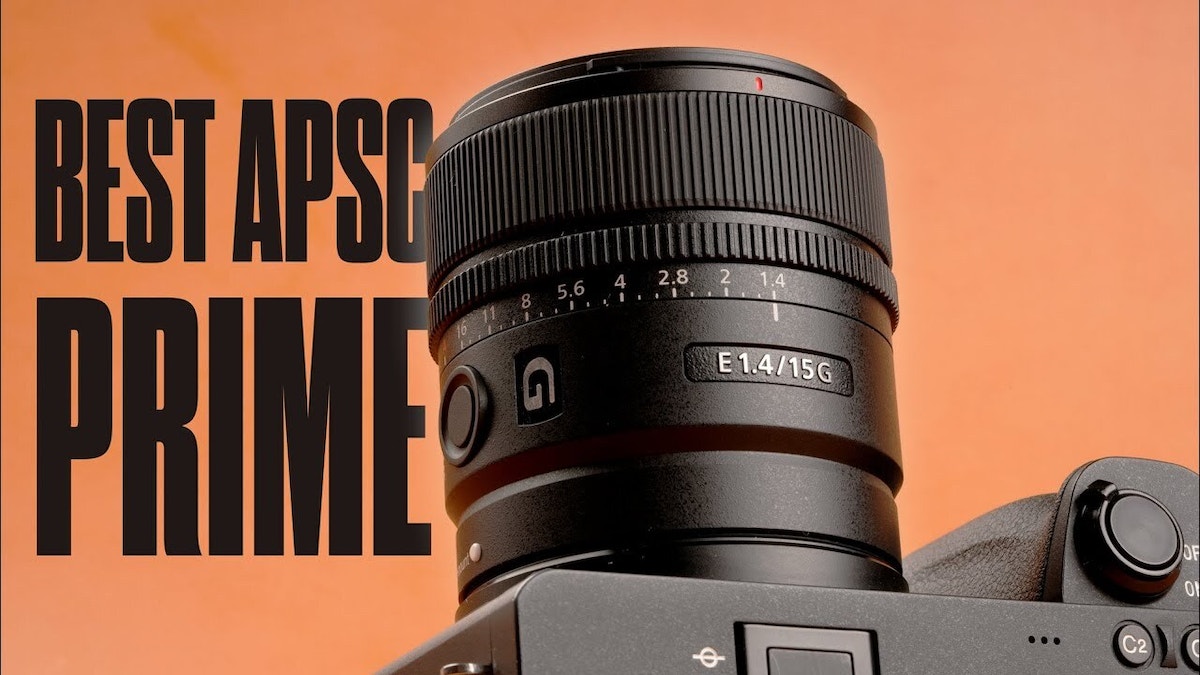 The Sony 15mm 1.4 G lens for APS-C cameras is one of the first prime G lenses, so with a badge like that, does it hold up to it’s premium $748 price tag? Let’s go over the specs, and I’ll give you my opinion at the end.

primes are great lenses for vlogging, landscape, and general walking around photos. They have a compact profile to fit in line with the compact Sony APS-C bodies for really light weight and small kit. If you don’t like lugging around heavy cameras, but want great images, these two lenses are worth checking out.

Starting off with the price and specs, the Sony 15mm f1.4 G costs $748, and its a 22.5mm full-frame-equivalent lens. One of the great things about APS-C lenses is how small and compact they are. This lens is 2.6 by 2.7 inches and weighs only 7.7 ounces. This lens feels very balanced on small APS-C camera bodies. Using full-frame lenses on a smaller camera can feel like the lens is weighing down the camera, but this lens you barely notice it’s on your camera. It offers a truly lightweight and compact setup.

The build quality of this lens is what you would expect with a Sony G lens. The body is made of the textured hard plastic and the focus ring feels very smooth. It is dust and moisture-resistant. There is a customizable focus hold button, af/mf switch and an iris ring that can be clicked or de-clicked.

The autofocus used dual linear autofocus motors and I’ve not had an issue with the autofocus from this lens. It reminds me of using my 20mm G full-frame lens, even though that lens uses the XD linear motors. The 15mm autofocus is fast in photos, and can hold focus silently in video.

For sharpness and image quality with the Sony 15mm f1.4 G, wide open the center will be sharp while the edges are still sharp but just a touch softer if you’re pixel peeping charts. On a normal photo, you may not be able to tell much of a difference. I was surprised at the corner sharpness and contrast wide open, but then again, this is a prime G lens. By f/2 the corners are sharper, but if you're putting anything in the very corner of your frame there can be some distortion depending on the angles you're shooting your subject.

Holding the camera and lens straight towards your subject will have minimal distortion, but if you raise the camera high and to the side, the distortion will become more apparent.

The 15mm handles flares very well when pointed at a light source. This was filmed without the front lens hood so these flares are about as bad as they get. Once you turn this lens away from a light source there is a little flare but isn’t too distracting unless you’re holding on the frame there. Using the lens hood would remove these flares.

For chromatic aberration with the 15mm, I want zooming in on some of my shots and was able to see some color fringing towards high contrast areas, but once I zoomed out I wasn’t able to see much if at all unless I was really pixel peeping around. In my opinion, this is pretty well controlled and not a big issue. 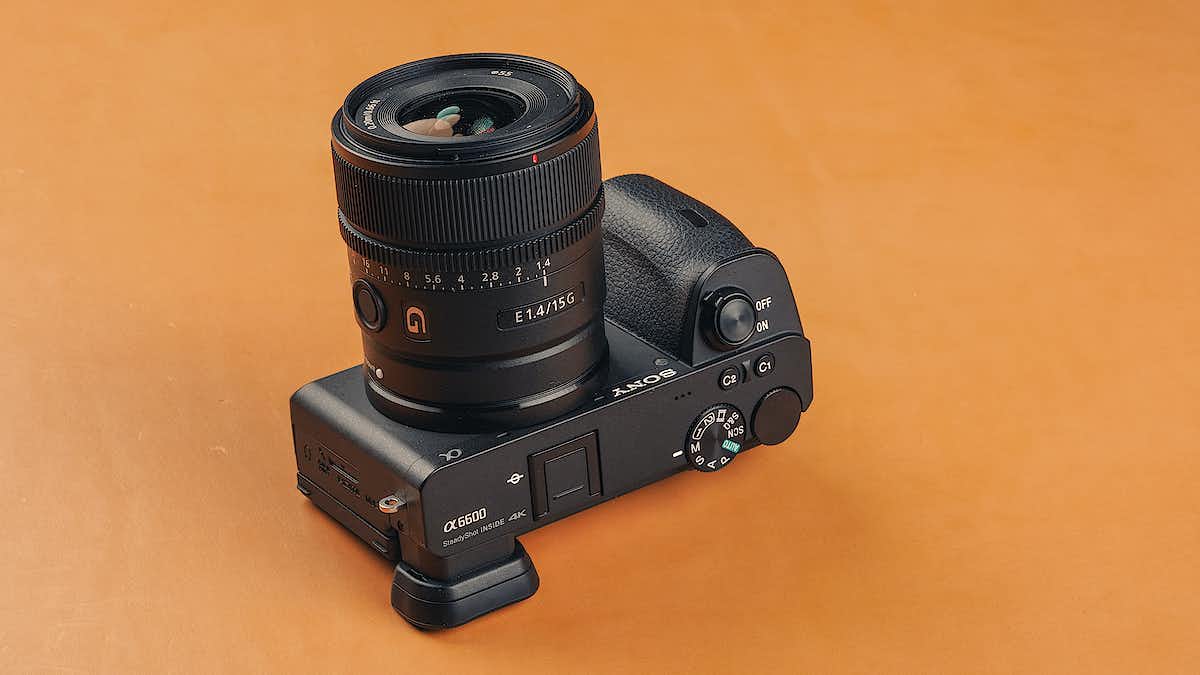 Bokeh on the Sony 15mm f1.4 G is clean and circular in the center with very minimal distortion towards the edges of the frame, panning the camera will show that cat eye-like distortion a little more but the distortion is minimal.

The minimum focusing distance for the 15mm is 4.7 inches or about 4 inches away from the front of the lens. You are able to get some nice out-of-focus areas by placing certain objects closer or farther away from the lens. Be aware of the distortion here. Placing things very close to this lens will have some level of distortion, with the least being in the center and the most being around the edges of the frame.

When it comes to choosing lenses for an APS-C camera specifically, the Sony 15mm f1.4 G is one of the most premium available. It has a lot of great features and is extremely portable and lightweight while being capable of producing some great images.

If you’re vlogging, this is about as tight as I’d want to go on an APSC lens, especially if you’re using active stabilization where the frame is slightly cropped in. It’s a fantastic walking around lens if you enjoy wider perspectives.

It’s an expensive APS-C lens, coming in at $750 but offers many high-end features in a small package. This lens is almost half the size of the Sigma 16mm, but is also more expensive.

If you’re staying with the APS-C line of cameras and lenses, this is a great performer. If you’re ever thinking about upgrading to Sony’s Full Frame line of cameras though, and don’t mind giving up a few millimeters of focal length, for another $150 you can buy the full frame Sony 20mm G lens. It’s a very solid lens with many of the same or better features of the Sony 15mm f1.4 G, but it won't be as wide on APSC cameras, and it will be bigger and heavier.. but if you’re ever upgrading it’s a great lens to have in your kit.

The 11mm 1.8 is a BEAST of a wide-angle prime! Especially for video!