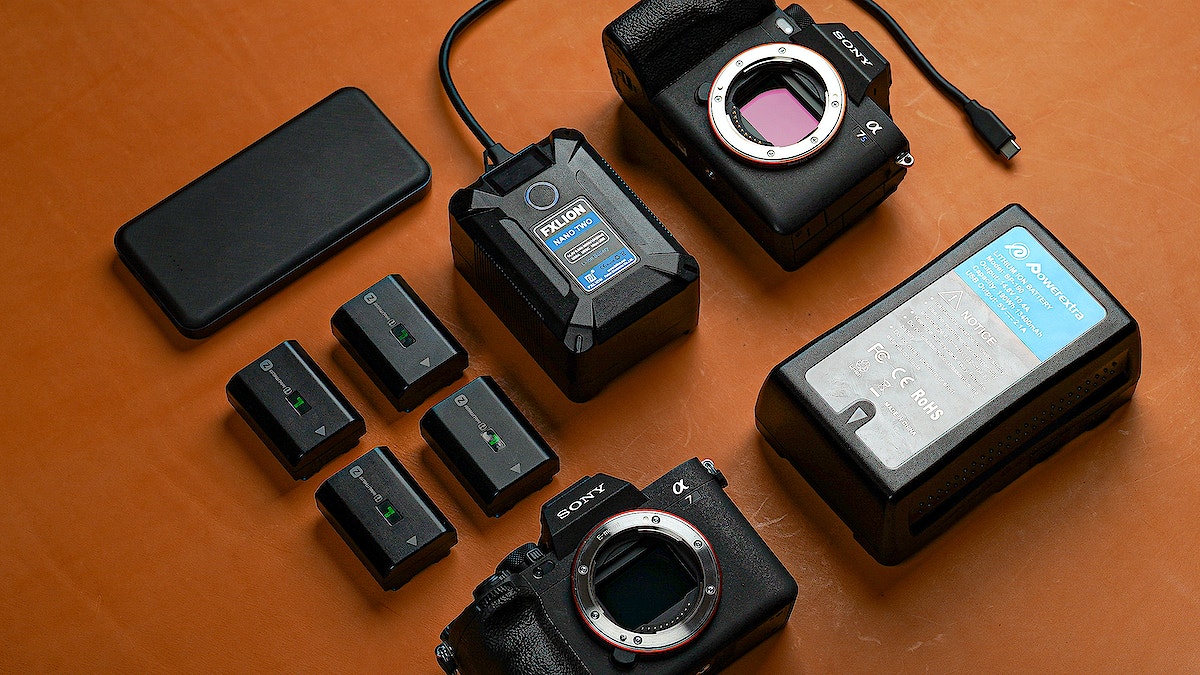 Powering Options for the Sony A7S III/ A7 IV

Powering options for the A7S III go beyond the original battery that comes with the camera. It’s also important to take a look at your camera settings and optimize them for the best battery life if that is an issue. The NP-FZ100 is better than the older Sony batteries, but certain features really drain your battery quicker than others. These different options can also be applied to the A7 IV as well.

The stock NP-FZ100 battery pack can film for about an hour to 90 minutes of continuous recording, depending on your frame rate. If you’re not recording the whole time, you can extend that time. 4K 24p will have around 90 minutes, while 4K 60 or 120 will be closer to an hour. 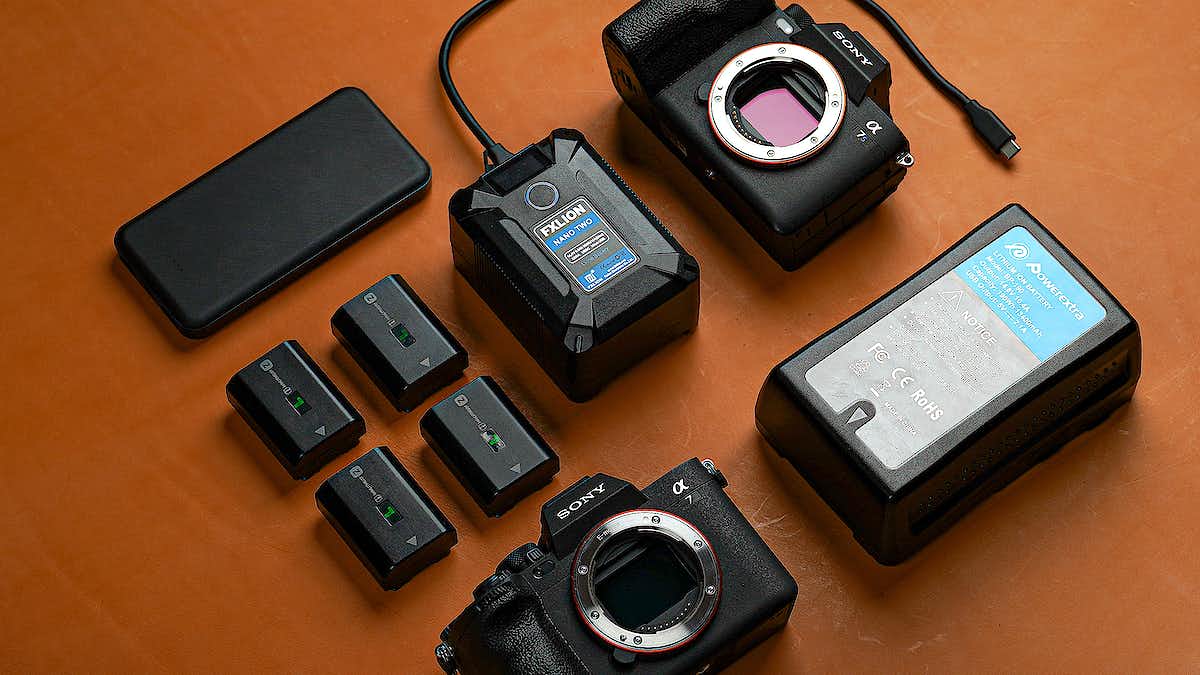 The next kind of powering option is a pretty common one, and that is using USB power banks. There is a catch here though, the power banks need to be 9 volt, 3 Amp power delivery to charge the battery of the camera. You can still use lesser power banks, but there will be a drain on the battery while you’re using it. So the camera will not be able to run until the power bank runs out of power. I had a 9 volt, 3 amp USBC power bank before I purchased this other next battery, but I returned it to buy this next battery. I’ll leave a link to the particular power bank I used in the description below if you like the profile of power banks. This one was a 65w bank that was able to charge your laptop as well.

If you’re looking for serious portable power, there is really only one battery you need. That is a V-Mount battery. You’ll need to build a bit of a rig to use these batteries since they require a V-mount battery plate to use, which needs rails to sit on, so adding a big V-Mount battery add quite a lot of heft to your overall camera rig.

The weight and size comes with a price tag as well. The cost of V-mount batteries is much more than a USBC power bank that supports high output power delivery, or even buying more regular NP-FZ100 batteries. So why would you bother with them in the first place?

The great thing about these batteries is that you can power multiple things at once from a single battery, and if that one battery runs out of power, you can simply swap it out for another v-mount battery and all of your devices are powered up at the same time. You don’t have to carry around an NPF battery for your monitor, NPFZ batteries for your camera and AA’s for your audio recorder. As long as your battery and battery plate have enough inputs you can power as many things as you need from a single source.

The two different brands of batteries I have are the cheaper powerextra batteries, and the more expensive FXLION Nano Two. The cheaper batteries are great if you have a v-mount plate that has all the inputs you need. The battery itself has a D-tap and USB port, and most plates have another D-tap, so you could run your camera with a dummy battery to one d-tap, your monitor to another D-tap, an audio recorder with the USB port. I’ve done this before and it’s worked out great, however if I’m going to be moving around more and there is a chance to accidentally remove the power cable from the camera, I use the second kind of battery.

The Nano Two has a 9 volt, 3 amp USBC PD port that can power the A7S III as long as the battery has power. The benefit here is that we can have a battery in the camera too, so if the power from the battery to the camera is interrupted, the camera keeps recording and there are no problems. If you’re recording and using a dummy battery, the power cut-off is immediate and will corrupt your video file.

How Long Do V-Mount Batteries Last?

When it comes to battery life using the V-Mount batteries, it depends on the size of the battery. I originally purchased the smallest FXLION battery, the Nano One because I wanted a lightweight kit, but ended up returning it because it was a 50 watt hour battery that only powered the A7S III for 2 hours of use.

That's better than the regular battery, but not by a whole lot. I then bought the Nano Two which is 98 watt-hours and has powered my A7 IV for over 8 hours of 4K 24p video and had 25% battery left at the end of the shoot. Powering the Ninja and the camera will cut the battery life down to 5 hours in my testing, which is still plenty good enough for me.

The battery is pretty expensive coming in at $299, but is unique since not many v-mount batteries are this small or have this strong of a USBC port on them. It’s strong enough to charge my MacBook air through, just like the power bank.

The Powerextra 95 watt-hour battery is similar but used the D-Tap dummy battery. Great if you want to save some money and don’t mind using dummy batteries. This was $105 and it came with the D-tap charger.

I also have a 190 watt-hour powerextra battery that I use for my lights when I’m out filming. I used it for a full day of filming with a dummy battery and barely put a dent in the battery. This is a great value coming in at $145 for all the power you’d need for a days worth of shooting with a camera, monitor and audio recorder, but it’s very heavy to be lugging around.