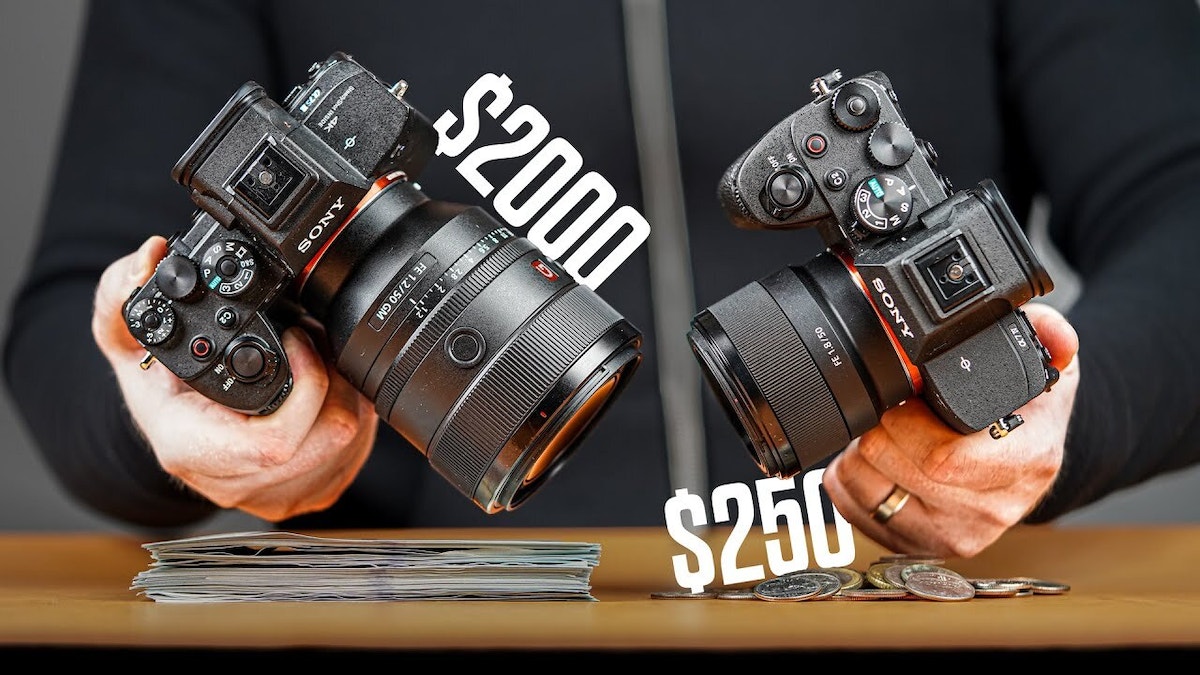 First up, build quality. The build quality of the 1.2 G Master is the same premium build you’d expect from a G Master lens. Weather sealing, Focus toggle switch, aperture ring that can be clicked or de-clicked, focus ring, and 2 customizable buttons. 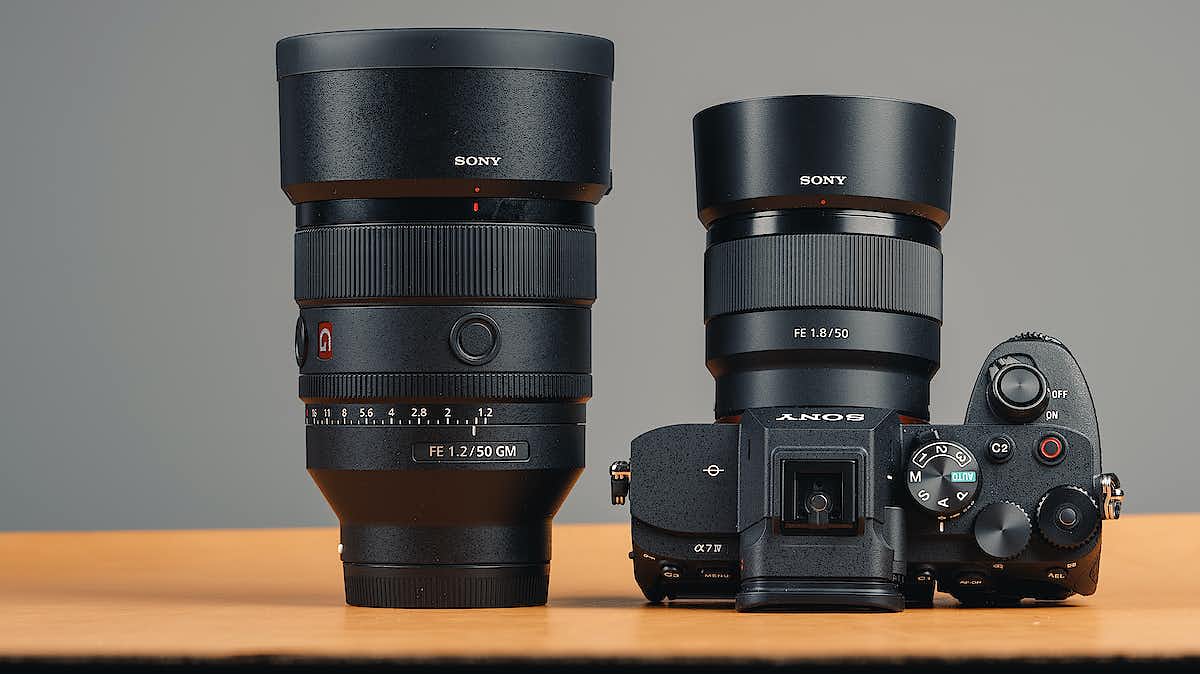 One of the biggest differences between these lenses is autofocus. The autofocus on the $2000 dollar G-master is driven by four of the newest Sony XD linear motors that allows the lens to focus incredibly fast and accurately even when wide open at f 1.2. When I was using this paired with my A7S3 and A74 I was able to rely on the camera and G Master’s autofocus to snap onto eyes or the touch tracking object and stay there, regardless of what aperture I was using. Shooting wide open at f 1.2 and having the camera perfectly focus on the eye makes for some really dream-like footage.

The autofocus on the Sony 50mm 1.8 is very difficult to use for dynamic video. If you’re locked off on a tripod, you can use it if you won't be changing focus much. The autofocus on the 1.8 uses the older motors that hunt and search for focus. For stills photography, this is less of an issue, but for fast-moving photography or pretty much any video this is a problem. For video, the focus is unnatural and jarring and this is one of the biggest reasons to look at another lens for video. But then again, if your subject isn’t moving much or you are comfortable with Manual focus, a $250 lens can get the job done. 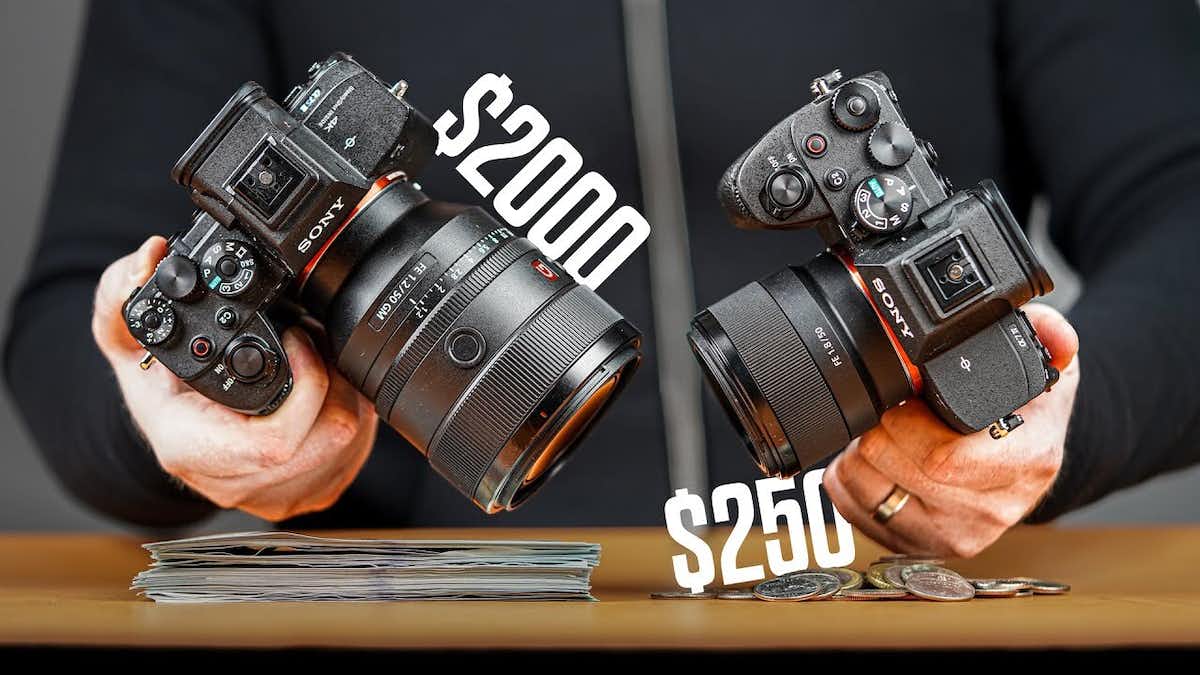 When it comes to noise from the lens while focusing, the 1.2 is silent, while the 1.8 is one of the loudest lenses I’ve ever heard. Very distracting since it uses the older focus motors. It doesn't help that the 1.8 hunts for focus and when it finds focus, it goes past it, then back into focus so the motors are working even harder. If the subject is moving fast enough the 1.8 may not be able to find focus at all.

One of my biggest concerns for the G Master was sharpness at f 1.2. Most lenses are so soft when shot wide open that they are almost unusable, but the sharpens of the G Master, is usable and coupled with the fast autofocus motors on modern sony cameras make this a great combination. 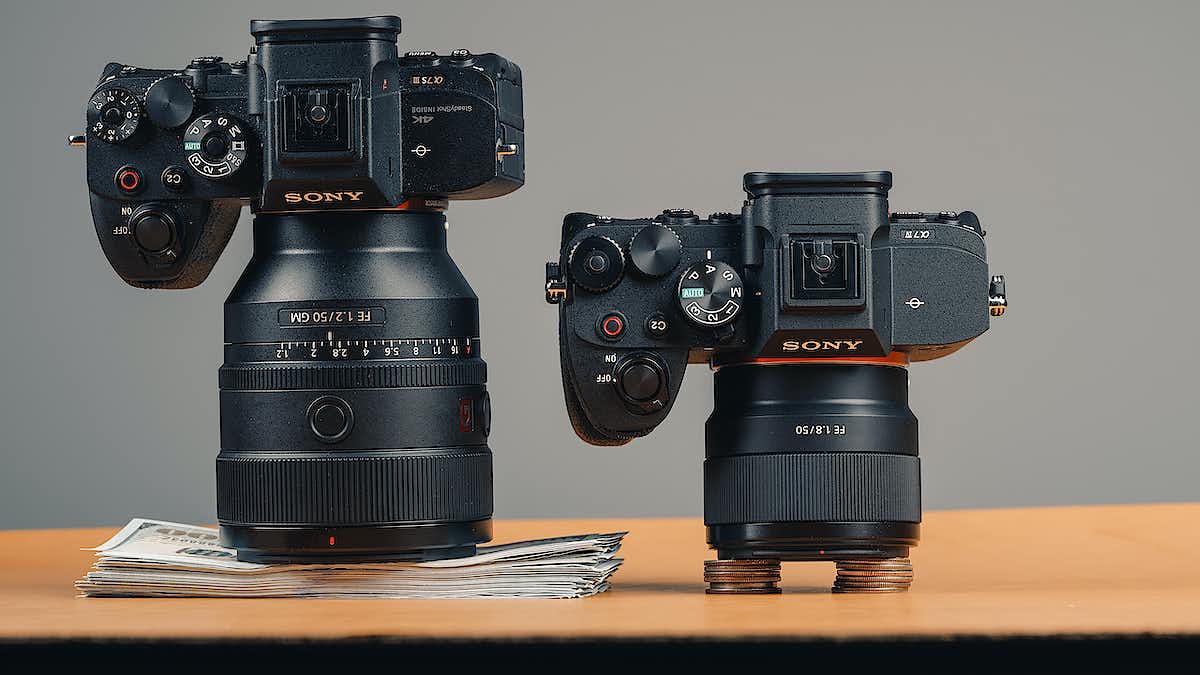 When it comes to lens characteristics, the 50mm 1.2 has 11 blades, and handles flaring well but still has some chromatic aberration. The 50mm 1.8 has 7 blades and struggles with lots of flaring and chromatic aberration, still usable in my opinion but not as nice as the 1.2. The G Master lens is just built better overall so this isn’t a huge surprise.

For minimum focusing distance, these lenses both struggle in my opinion. I shoot a lot of close-up images, so I’m used to minimum focus distances under a foot away. The G Master can focus 15 and a half inches away, while the 1.8 can focus 17 and three-quarters inches away. Both of these lenses seem like the minimum focusing distance is far away, these aren't macro lenses though so I can’t be too harsh on them. The G Master is better but still could improve overall. 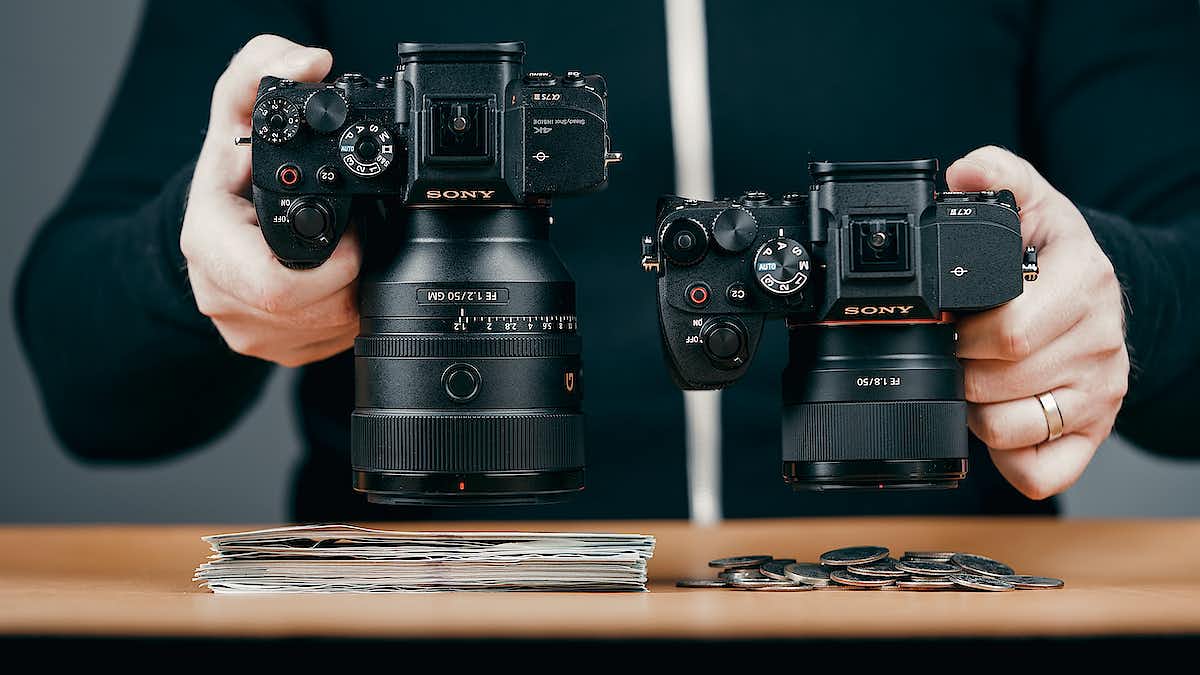 So the $1750 question, is what is the difference between the Sony 50mm 1.2 and the 1.8? The difference comes down to a lot of features. The build quality, design, fast, quiet autofocus, and sharpness wide open for video. The separation from 1.2 to 1.8 may not seem like much, but if you want to isolate your subjects at this focal length it doesn’t get much better than the 50mm G Master. The minimum focusing distance for both of these lenses is a little far away for my taste, but these aren’t macro lenses so I can’t be too critical here. I wouldn’t mind if these lenses were both larger to have a closer minimum focusing distance and I’d really love some kind of optical stabilization, but neither has that.

There is clearly a large difference between these two lenses, however - if you’re using these two lenses side-by-side on a stationary subject, you might have a difficult time telling these lenses apart at 1.8.

For beginners, it really doesn’t get any better for learning than the 50mm 1.8 for a very attractive $250 brand new. A fast aperture is great to learn and experiment with, however, once you try to use the lens for dynamic video or photography you’ll quickly notice its shortcomings. That being said, I still recommend this lens to all beginners just because of it’s ability to produce great images in controlled settings, mostly how beginners are learning.

The 50mm G Master truly offers a great image wide open, with some of the best autofocus I’ve ever used thanks to those XD linear motors. I love using the f 1.2 to isolate the subjects, but all of the features together make this lens great to use if you can justify the $2000 price tag.

Every beginner should have this affordable 50mm lens in their bag!

Reviewing the most expensive Sony 50mm lens, is it worth the $2,000 price tag?